- This network is capable of processing multiple transactions in parallel at the same time.

- There is a high degree of specialization.

- Ability to interact and communicate with cross-chain data.

- You can manage your own network. 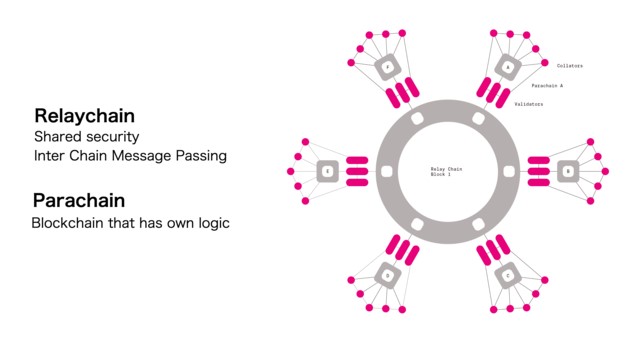 The biggest disadvantage of the Polkadot project ( DOT coin ) is the problem of the operation time being not long enough to optimize the results. However, investors can still see the promising potential of DOT coin in the future. It is the ability to provide efficient interoperability between blockchains, while highlighting the benefits of sharding.

Sharding is a type of partition to divide the database into smaller parts for easier management. Performing sharding replaces transaction verification by all nodes on the network.

Then, Sharding will receive thousands of transactions per second instead of waiting to go through a series of cumbersome processes. However, in addition to its significant benefits, Sharding also brings quite large risks. The reason is because it will have to remove security features to increase the scalability of the system.

Although the Polkadot (DOT) project has been in development for several years. However, to talk about catching up with other famous projects in a short time is still not possible. Besides, some investors are also apprehensive about sharding.

Because of the fact, this operation has the potential to cause holes in the chain. In addition, then Sharding will also take the position of fully manipulating the chain. This means that, when one node fails, the whole chain system will also be severely damaged.

Should I invest in Polkadot coin (DOT) or not?

What is Polkadot (DOT)?

Where can I see the transaction history of my Polkadot account?

I can't find my account on the Polkadot network!

Can I use the same account on Polkadot, Kusama and parachains?